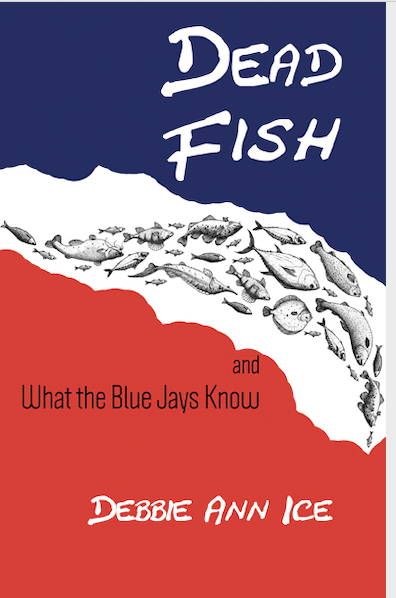 It’s 20??— a changed yet still complacent America-- and Lorraine Mulderon is mad. She’s mad that dying fish litter the shores of her small Connecticut coastal town.  She’s mad other birds seem to be dying, possibly indirectly related to fish deaths. She’s still mad about a wave of crow deaths over a decade ago. Oh, and Lorraine is also mad about small local irritants--four-way stop signs, rude “flocks” of bikers clogging up roadways,  water wasted on lawns, too much alcohol consumption.
But, mostly, Lorraine is mad at the lack of madness.
Lorraine writes letters, contacts agencies that no longer employ people, only manage voice mails. She types discursive comments on blogs and web sites. She makes speeches. She phones lazy, and now corrupt, legislators.  She is ignored.  What has happened to passion?  What has happened to our country? And, now, what has happened to Lorraine?
Lorraine disappears after a large New York protest march. Her daughter, Haley, is desperate to find her, and ultimately writes a letter to Lorraine for publication, hoping her mother will read it and return. Haley also hopes the world will read it and understand her mother’s story. It’s a story not only about anger, but also about grief; a conflicted and impulsive heart that leads to mistakes; a relationship with a close friend who’s also angry and grieving yet channels anger into action; a complicated, intense bond between a mother and daughter. And, finally, it’s a story about our country’s greatest sin—the normalization of tragedy.
Haley is confident she knows her mother better than anyone and therefore can author it. But there are blanks of time where Haley must make assumptions. Perhaps Lorraine’s favorite birds--blue jays—can fill in these blanks. They know a few things about Lorraine. Actually,  a bird’s eye view reveals certain truths too difficult for all of us immersed, anchored and egocentric humans to understand.
So, we’re grateful the blue jays have dictated memos, interspersed throughout the novel, dropping hints about what is actually going on with Lorraine and all of us.
Proudly powered by Weebly